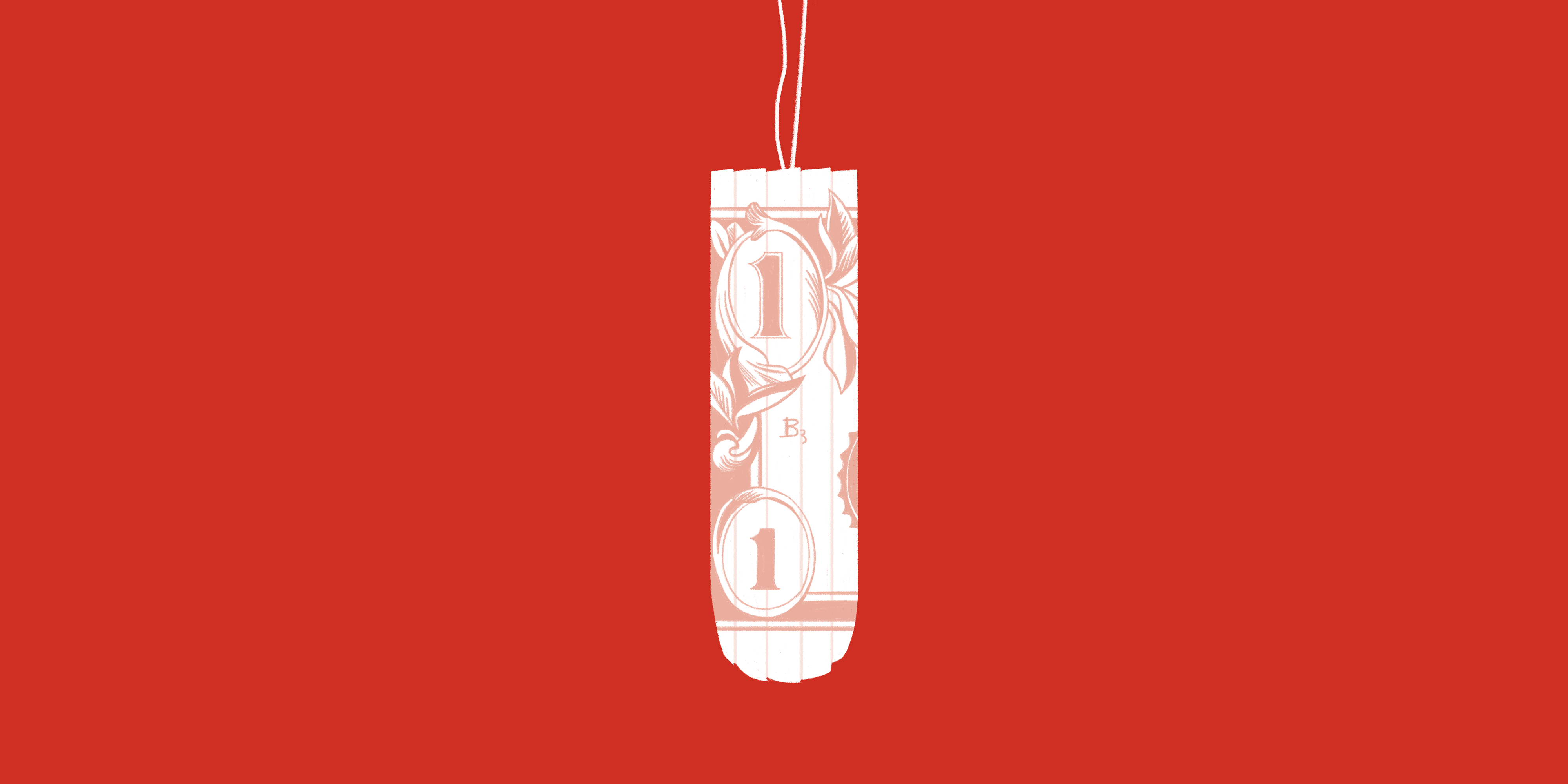 Unfolding the controversy in France

The “tampon tax” is commonly used to refer to the value-added tax set on feminine hygiene products such as tampon, sanitary towels, cups. Indeed, women spend on average 5 to 7 euros per month on sanitary products (Dumont, 2019). This is not an additional tax, rather the lack of a tax exemption. The controversy regarding this lays on the fact that it is considered unfair that women have to pay the equivalent of 80 euros per year on expenses that men do not have.

What is a “necessity good” in France?

In the case of France, different goods are taxed in different ways. They are categorised in groups for taxes – the normal 20% (normal, by default), 10% (intermediary), and 5.5% (also called “reduced” for products of first necessity) (Laurent 2015).

Based on the taxation scale in France, sanitary products were considered as luxury goods – “products which are not necessary but which tend to make life more pleasant for the consumer”, as per the term’s definition in the Business Dictionary. They are the opposite of “necessity goods”. In economics, luxury goods have high income elasticity, which means that the wealthier people become, the more the demand for the product will increase. In contrast, as an individual’s income drops, its demand will fall, thereby becoming either a “necessity good” or an “inferior good” at different income levels.

In 2015, the “tampon tax” becomes a contentious issue in France. The feminist movement Georgette Sand revendicates the decrease from 20% to 5.5% on the tax on sanitary products for women, including tampons and sanitary towels. This has been backed by the fact that they are products of “first necessity”. Indeed, it is suggested that it is the source of major gender inequalities, due to the price. Gaëlle Couraud, of the Georgette Sand collective, stated to AFP that “no other product creates such inequality between women and men” in terms of VAT.

Other associations and civil movements such as les Vulves enragées, Culotte Gate, interjected slogans like «Laissez-nous saigner sans nous surtaxer !», «Ma cup est pleine ! 20 % ça déborde», «Ras la moule», until the amendment was adopted on January 1st, 2016, after a second vote at the Parliament (Mallaval, 2016). A petition was signed by 26 000 people, to defend the cause (Lhénoret, 2015). The movement was also supported by NGOs such as Care France, with the director, Philippe Lévêque stating that “fighting against the taboo of periods supports our fight against poverty and injustices, for the equality of all”.

Politically, Catherine Coutelle, MP part of the socialist party, was on the first line at the Parliament to defend the lowering the tampon tax to 5.5% as a necessary amendment, as it concerns 15 million of women in France (Parlement Français, 2015). In that sense, she regards the topics as a key advancement for gender equality in the country. She also recognises the opportunity of tackling the issue of the gender equality in purchasing power of the population. Finally, she brought the issue into the dimension of public health by bringing forward the example of condoms, subjected to a tax cut to 5.5% in favour of the fight against HIV/AIDS.

In France, a first opposed left-wing government: the cost

In face of this push for a tax cut in the name of equality, the then-leftist government remained divided on this issue. In the socialist party, no consensus was made on the issue. Whereas some policy makers supported the tax cut, like Catherine Coutelle, others, such as Christian Eckert stayed clearly opposed. The law underwent two debates at the French Parliament, the first one resulting in a negative outcome, the second one gave rise to the passing of the amendment.

Christian Eckert, ex-Minister of the Budget, defended that the products should be regarded as the same as shaving cream, also taxed at 20%. It was also mentioned that sanitary products should not be considered as more necessary than everyday glasses, shaving cream or razors, none of which are considered as primary necessity products. The minister supposed that if the amendment was accepted, other debates about marginal taxed products and service would arise. He took the example of entertainment services, such as amusement parks and caves. He also suggested that other products that are tagged “for men”, are also taxed at 20%. He reminded attendees that France has more low-taxed products than anywhere else in the EU, a fact which “the European Commission brings up all too often”.

The other reason for the government disapproval of the amendment is the cost – estimated at 55 millions of euros. He followed by explaining that France has more low-taxed products than anywhere else in the world. Following this line of argument, another point was made on the expected impact of the amendment on the consumer themselves. The government may not have all the leverage regarding the price that the consumer will have to pay for the products. The large scale distribution have more than a say in that regard. Indeed, since the tax cut has been adopted, department stores such as Carrefour and Leclerc have been lowering the tax by 10-12% at best, instead of the mandated 14,5%, a study by Le Parisien shows.

A solution to menstrual precarity

An interesting argument arose during the first debate at the French Parliament. Arnaud Richard, from the Union of democrats and independents, exposed the argument of public health (Parlement Français, 2015). This argument has been followed up by the MP Catherine Coutelle, sustaining that the ex-minister of health, Mrs. Touraine, has allowed a tax cut to 5.5% on preservatives, for public health purposes. She supported the argument by giving emphasis on precarious women, such as homeless women, who encounter the very difficult situation of menstrual precarity.

Elina Dumont, a comedian, now candidate at the european elections, who used to be homeless, published a tribune explaining her disdain at the situation of millions of women sacrificing their health simply to afford food. Her testimony of 15 years in the streets, she used newspapers as sanitary protections because she did not have the means to buy sanitary towels (Dumont, 2019).

A “women’s tax” in marketing

More general to the tampon tax, the “women’s tax” or “pink tax” is also commonly used to indicate the difference of expenses of a woman as compared to a man’s. This is due to the marketing strategy applied to all products tagged for women. In that case, gendered marketing relates particularly to the case of razors. Some call it a tax on different “social imperatives” than men’s, that is make-up, beauty products, etc (Laurent, 2015). The “pink tax” is also vehemently revendicated especially with the fact that women are generally paid less than men (ibid).